The new Willesden Green Library is opening on 27 July, as the last stage of the Libraries Transformation Project begun back in 2011.  I gather that copies of Go Set a Watchman have been ordered specially for the opening day.  The new library will have a capacity of around 40,000 books, which is even more than the refurbished Kilburn Library.

I have mentioned before that the old Willesden Library had a terrible relationship with the surrounding area. The new area is still a building site, but looks much better in terms of interacting with its surroundings. 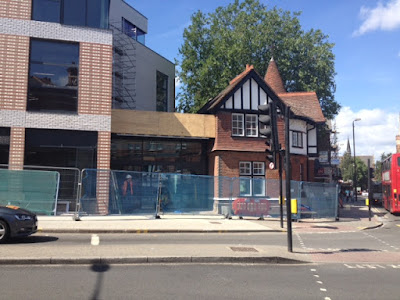 This is the remains of the former 1890s library that used to be on the site.  Actually, most of the building was reconstructed when the 1890s library was mostly demolished in the 1980s, so it ac6tually fairly modern.  Some think that keeping this 1890s style extension on to a modern building looks a bit odd, but there was undoubtedly great public demand for it to remain. 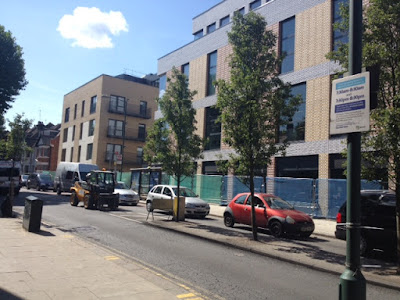 This is some of the new housing that pays for the new cultural centre.  It is seen from the Brondesbury Park side. 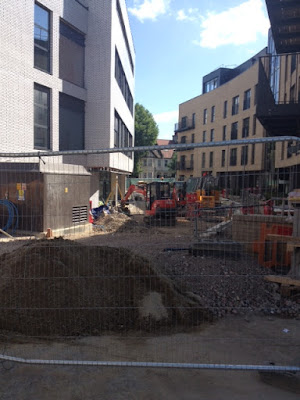 This is what some of the anti-library people described as the "canyon" between the new library centre (to the left) and the new housing to the right.  I think, that once all the building stuff is cleared away, it could be a nice public space. 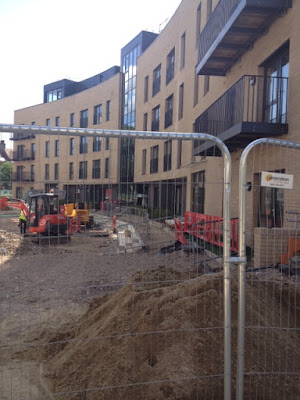 This is a better view of the new housing as it looks on to the back of the library centre. 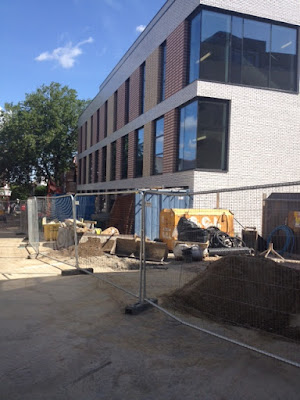 This is a view of the new library centre from the Grange Road side looking towards Willesden High Road. 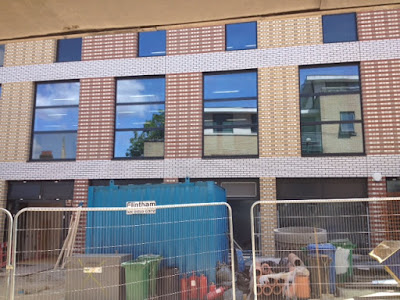 This is a full on view of the Grange Road side taken from the interim library in George Furness House showing more the detailing.  The 1980s library centre simply had a blank featureless wall here, which was visually so dull that I have been unable to find any photo of it for contrast.

Although it is still a bit difficult to visualise it at the moment because of all the builder's stuff still around, I think the new building should look really good.