Boris Johnson is apparently considering giving himself draconian powers to pass any legislation he likes without any Parliamentary scrutiny whatsoever.  Given his track record on prorogation, the EU withdrawal agreement and indeed his position as the UK's most notorious liar, I really don't think that would be sensible. 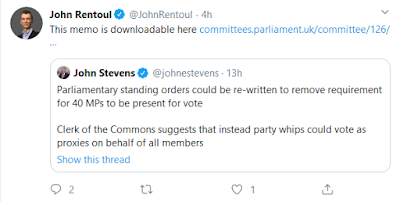 The benefits of proper scrutiny are indicated by Dr Rosena Allin Khan's question at PMQ yesterday.  Why do NHS doctors not have the protective equipment they need (or the testing that would mark out whether they are inadvertently endangering patients). 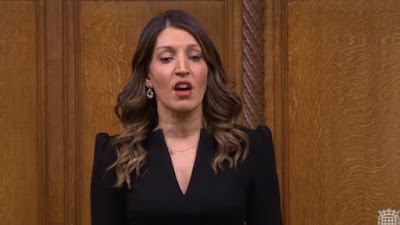 Quite apart from his genuine threats to constitutional government, what does one think of a Prime Minister who has a Conference call with CEOs about constructing more ventilators and makes a remark like this (Courtesy of Pippa Crerar):