The Odd Behaviour of Jewish Voices for Labour

I don't often comment on Jewish Voices for Labour (JVL) as it is not really a local government  concern, but it does seem a strange sort of body that is mainly geared not to Jewish issues or to Labour campaigning, but merely trying to deflect accusations of antisemitism and attacking the much longer established Jewish Labour Movement.  This odd document is another reminder of that.  By contrast, JLM seems to take an interest in specifically Jewish debates on Education, adult care etc. as well as wider issues such as police discrimination.

Incidentally, this table by JVLWatch below gives some hint as to why these various "Jewish" groups are not really representative and therefore (if you really want to engage with the majority of the Jewish community, it is better to go to the Board of Deputies and such like. 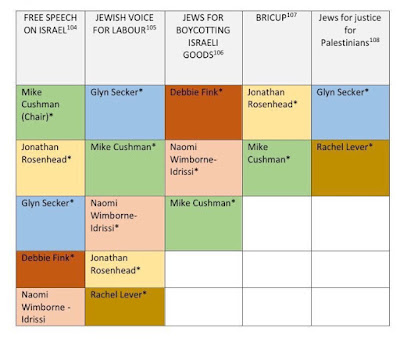