Library Figures for the First Quarter in Brent 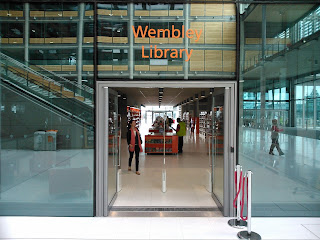 I thought it would be interesting to have a look at the library figures for the first quarter (April to June) this year, which I have now been sent.  This is likely to be the trickiest time of this year, as Willesden closed for rebuild on 25 April and the new Wembley Library only opened on 17 June.  It is therefore a transition quarter before what I remain confident will be a big take-off in numbers during the rest of the year.

The first bit of good news is that overall visits are up by 3.7% compared to the same quarter last year.  Issues are up by 1.7%.  That is an impressive performance given that our best used library, Willesden,   Is currently operating an interim service from the Lewinson Centre.  Both visits and issues have roughly halved at Willesden as a result.  The slack has been taken up by enormous growth at Kilburn, and more modest increases in Ealing Road, Harlesden and the Town Hall (now Wembley).  Kingsbury has a slight fall in visits although a rise in issues.

The other noticeable thing is that more than a quarter of issues are not made at a physical library at all.  Online and phone renewals account for most of these, although there has been growth in both outreach and home delivery issues. ebooks still account for less than 1% of Brent's total issues.
Posted by James Powney at 08:53